WE HAVE THE WINNER! NO MORE MALNOURISHED SENIORS! APNUTRIC PROJECT WON THE STARTUP SHOW

After last year's online Green Light Startup Show, on April 14, the projects returned to the stage of the VŠB-TUO University Hall and for the first time had the opportunity to present their ideas in front of the public and the jury. The project with two-thousand-year-old technology, designer game controllers and applications for social facilities attracted the most attention. 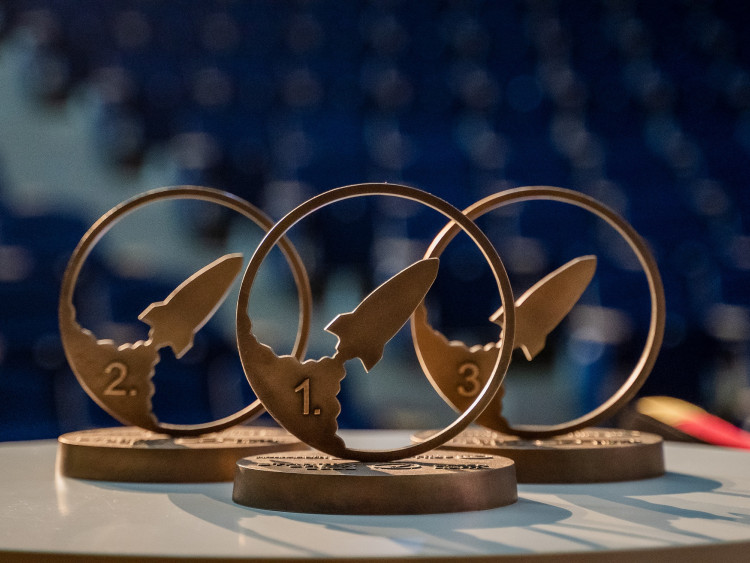 The projects were evaluated by four judges. Traditionally investor Miloš Lukačka, the founder of the Green Light program and today also a co-owner of the Ostrava club Dock Jan Jůzl, last year's professional mentor and director of Impact Hub Ostrava Jaroslava Kořená and the finalist of the fourth year Martin Lonský from the Apu Time project. Five best accelerated teams out of nine presented themselves at the Startup Show - Game Arts, Oh My Shoes, srovnejsolar.cz, Garden OLLA and APnutric. The focus of the projects was diverse again and each presentation was unique.

The audience prize, which was donated by Impact Hub Ostrava, went to the Garden OLLA project and its hand-made clay containers facilitating plant irrigation. The same project also won the third place and an award from 3Pillar Global, one of Green Light's main partners. The second place was taken by the student project Game Arts, offering game controllers with its own design exactly according to the customers' ideas. The prize worth 50,000 crowns was presented to the young entrepreneurs by the Vysoká škola báňská - Technical University of Ostrava. "I think that similar programs belong at the university, because they show that you need to have courage, not to give up and not to be discouraged by the first failure. And that is the important message that we need to convey not only to budding entrepreneurs, but to all our students," VŠB-TUO Rector Václav Snášel said when presenting the award.

The first place, i.e. 50 thousand crowns from the Moravian-Silesian Region, was won by the APnutric project with the Enutric application, which helps with setting up proper nutrition for seniors in homes and other social facilities. "We do not take winning the competition as a goal, but on the contrary as a means and motivation for further development. Be it personal, or development of the entire team and our main product, which is Enutric, a software application for improving the quality of nutritional care in homes for the elderly," Jiří Kocián from the winning APnutric project, said.

This year's startup afternoon started with an online meeting of investors with selected projects, which was followed by the Startup Fair. Not only all nine accelerated business ideas were presented here, but also some graduates of the Green Light program or Green Light Start participants. Startup Shows was hosted by well-known presenter Lukáš Ščurek, aka DJ Lowa.

Green Light is an acceleration program to support business. In nine years, 478 projects have applied for it, and 71 of them have participated in the Startup Show. The organizer of the Green Light program is the Vysoká škola báňská - Technical University of Ostrava. The program is implemented thanks to the support of the Moravian-Silesian Region and many other supporters.

You can find all projects at www.greenlight.vsb.cz.